Attended the Night in Chinatown Street Festival & Parade this late afternoon / early evening. Ran into friends there. Had a great time!

As the parade moved along Hotel Street, I had to run down King Street to catch up to it for this pic.

Then I headed over to the food booths before the parade ended to beat the crowds. Good call…. 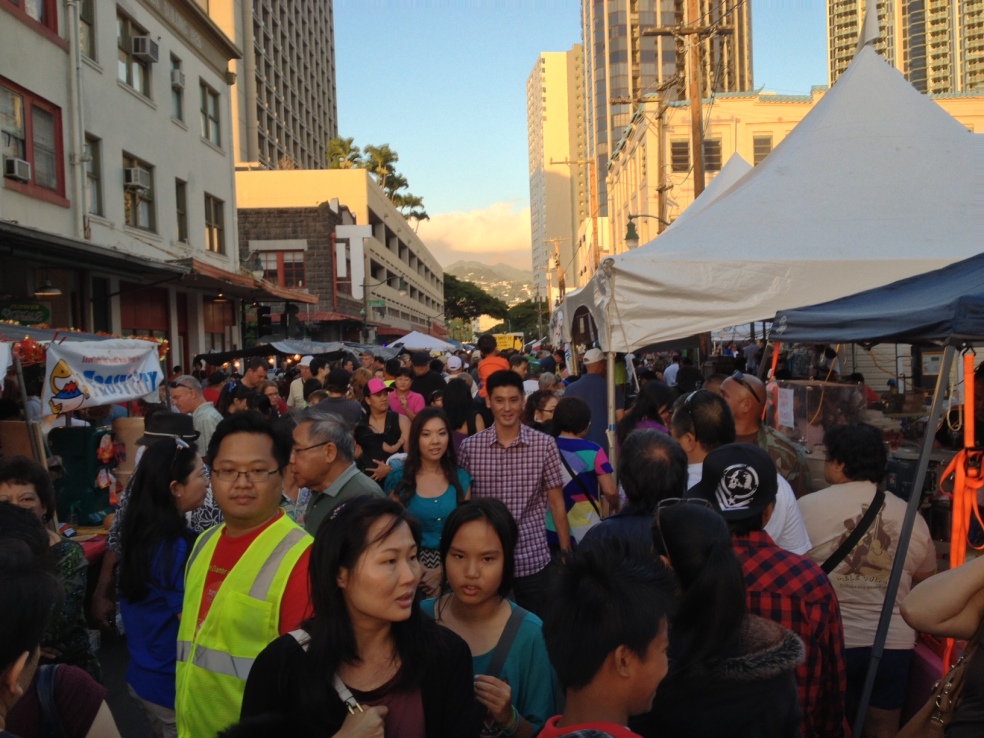 The side streets were jam packed. There were food booths, vendors, kung fu demonstrations, pageant queens, and even a reggae concert!

The parade ended at River Street with what looked like a dance battle. Here’s a link to my Viddy video.

Sampled a few unusual desserts with friends. Had fun. A great celebration….