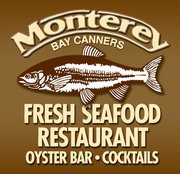 While strumming the guitar tonight, I reminisced about the good ol’ days. And then I thought about the “curse.” Yup. Every establishment that I ever played at closed down. Literally.

My “world premiere” took place at the old Monterey Bay Canners at the Ward Centre. My friend Garrett had a gig there. One quiet evening, he let me play. There were about five people in the audience. One week later, they went bankrupt. Swear to God.

Garrett’s next gig was at Randy’s in Kahala Mall. The place was actually crowded. He called me up. I had enough “liquid courage” to stink-up the place. Randy’s went bankrupt in two weeks.

I was teaching at Kapolei Elementary when I had the opportunity to back up our children’s choir at the Aloha Tower’s Pier Bar. It was Christmas. They went bankrupt in a month and later became Kapono’s.

Years later, I played at the Tropiccino’s coffee shop in the Kapolei Marketplace. Nothing happened. A year later, I played there again. Soon after, they went bankrupt. Shucks….

A short time after that, my friend Garrett asked me to play at the Mai Tai Bar at Ala Moana. This time I refused. Til this day, the Mai Tai Bar is one of the most popular spots in town.