Walked over to the “Sunset on the Beach” Hawaii Five-O Season 3 World Premiere today at Waikiki Beach. The weather was spectacular! (Stopped for a bowl of pho along the way. Also checked out the International Marketplace for the first time in years.) 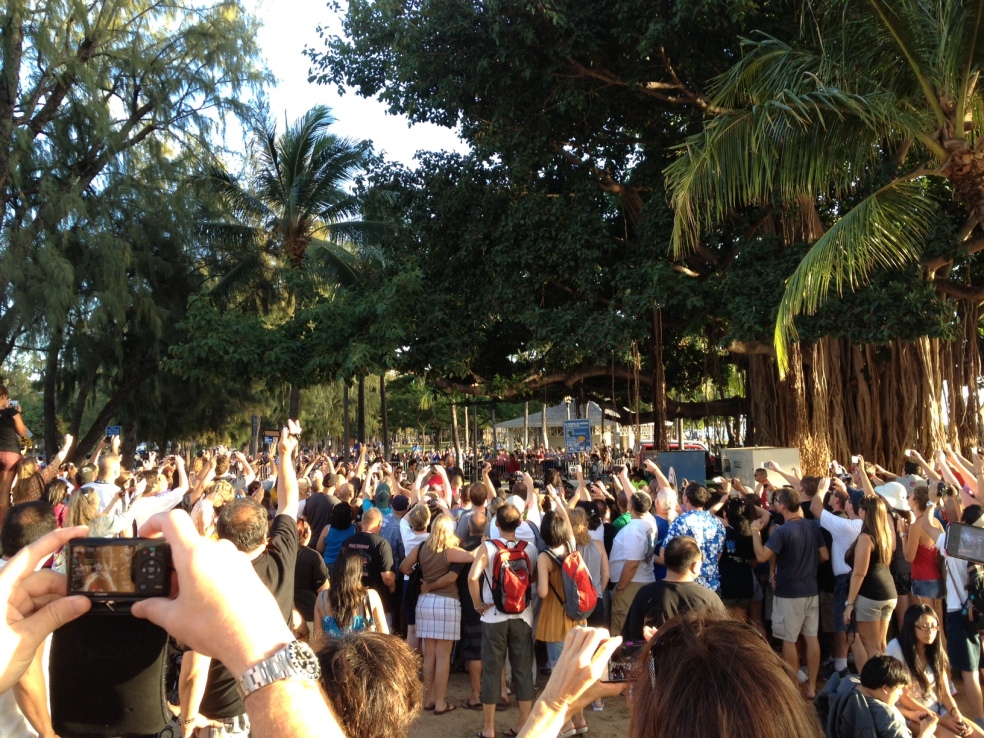 This was my second Five-O premiere. I went last year. The format was similar. This year, there were hula, ukulele, and taiko drum performances. Unfortunately, the dignitaries disrupted the momentum of the evening.

But the crowd erupted with the introductions of the cast members. I was bummed that Grace Park wasn’t there.

Like last year, I left at the very start of the screening (I know, crazy….) It was just too crowded and noisy. Looking forward to watching Episode 1 tomorrow night. Be there, aloha.